L&B Direct has an exciting announcement- we have welcomed another leader to our growing team. Yasmina Hussien recently joined our team as an HR Manager and has already made her mark on the office. The business woman was born in Cincinnati, but raised in Northern Kentucky. She remembers her childhood as an active one. “I was very social, active, and involved,” says Hussien, “I was involved in softball, volleyball, and basketball, and that competitive environment helped me become more understanding of others around me and taught me how to compete at the best of my ability.”

After high school graduation, Hussien packed her bags and headed to Georgetown College where she dedicated herself to her studies in Psychology and Communications, as well as her involvement in the Kappa Delta sorority. She cites her college experience as one that influenced her growth and success, and remembers her study abroad experience in Italy as one that shaped her. “Throughout my time involved in Kappa Delta, I found that I was best at recruiting others where it sparked my interest in becoming a recruiter for career,” says Hussien. Something you might not know about Yasmina- her father is from Egypt!

The first moment that Yasmina walked through the L&B Direct doors, she knew she was home. “I immediately noticed the small company family feel and it drew me in,” says Hussien. As a recruiter, she has strong advice for young business-minded people. “Have an open mind,” says Hussien, “I always look for someone who wants to grow within a company and who stands out. I love to talk to people and I am so excited to better this company!”

As for her goals, Yasmina Hussien looks forward with confidence. “I want to grow both personally and professionally,” says Hussien, “I want to recruit the best candidates and better the company from the inside out.” When she is not honing her professional skills in the office, Yasmina can be found exploring. “I love to travel and explore different places around the world,” says the recruiter. 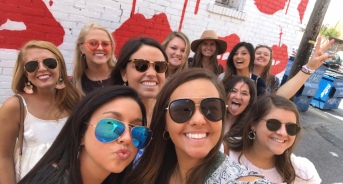 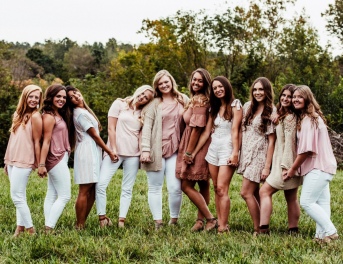